Former under 15 women's national team coach of Moldova -   Proven ability to combine club and national team duties in two different continents, while successfully developing players for older national teams. Eight players promoted from the Under 15 team to the Under 17 team in 2019 with six immediately inserted in the starting lineup in UEFA age group competitions.

Qualified for league playoffs with the University of Rio Grande Valley women's soccer team every year of existence while finishing in the top three in league standings twice over the past three seasons.

Proven ability to rebuild and develop soccer programs – Recognized three times in the “Most Improved Team” in the United States category at both the NCAA Division I and II levels.

Increased football participation for children ages 8-16 by 120% in the U.S. Virgin Islands, while also increased national team program from 2 men's teams to 7 teams consisting of men, women, and junior national teams in only two years.

Head coaching experience with the United States Olympic Development Program in the states of New Mexico and South Carolina. This program is part of the national initiative for identifying and developing the best players in each state and prepare them to represent the United States in international competition. 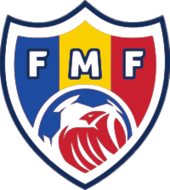